How To Invest In Real Estate

There is one thing more valuable than the properties you invest in and that one thing is your mind. Here is a list of impactful books that have made me a better real estate investor and all around leader. 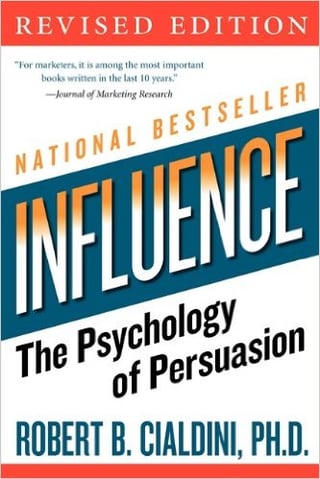 "Influence, the classic book on persuasion, explains the psychology of why people say "yes"—and how to apply these understandings. Dr. Robert Cialdini is the seminal expert in the rapidly expanding field of influence and persuasion. His thirty-five years of rigorous, evidence-based research along with a three-year program of study on what moves people to change behavior has resulted in this highly acclaimed book.

You'll learn the six universal principles, how to use them to become a skilled persuader—and how to defend yourself against them. Perfect for people in all walks of life, the principles of Influence will move you toward profound personal change and act as a driving force for your success."

“While the history books are filled with tales of obsessive visionary geniuses who remade the world in their image with sheer, almost irrational force, I’ve found that history is also made by individuals who fought their egos at every turn, who eschewed the spotlight, and who put their higher goals above their desire for recognition.” —from the prologue

Many of us insist the main impediment to a full, successful life is the outside world. In fact, the most common enemy lies within: our ego. Early in our careers, it impedes learning and the cultivation of talent. With success, it can blind us to our faults and sow future problems. In failure, it magnifies each blow and makes recovery more difficult. At every stage, ego holds us back.

Ego Is the Enemy draws on a vast array of stories and examples, from literature to philosophy to his­tory. We meet fascinating figures such as George Marshall, Jackie Robinson, Katharine Graham, Bill Belichick, and Eleanor Roosevelt, who all reached the highest levels of power and success by con­quering their own egos. Their strategies and tactics can be ours as well.

In an era that glorifies social media, reality TV, and other forms of shameless self-promotion, the battle against ego must be fought on many fronts. Armed with the lessons in this book, as Holiday writes, “you will be less invested in the story you tell about your own specialness, and as a result, you will be liberated to accomplish the world-changing work you’ve set out to achieve.”

Robert McKee's screenwriting workshops have earned him an international reputation for inspiring novices, refining works in progress and putting major screenwriting careers back on track. Quincy Jones, Diane Keaton, Gloria Steinem, Julia Roberts, John Cleese and David Bowie are just a few of his celebrity alumni. Writers, producers, development executives and agents all flock to his lecture series, praising it as a mesmerizing and intense learning experience.

In Story, McKee expands on the concepts he teaches in his $450 seminars (considered a must by industry insiders), providing readers with the most comprehensive, integrated explanation of the craft of writing for the screen. No one better understands how all the elements of a screenplay fit together, and no one is better qualified to explain the "magic" of story construction and the relationship between structure and character than Robert McKee.

4. A Million Miles in a Thousand Years 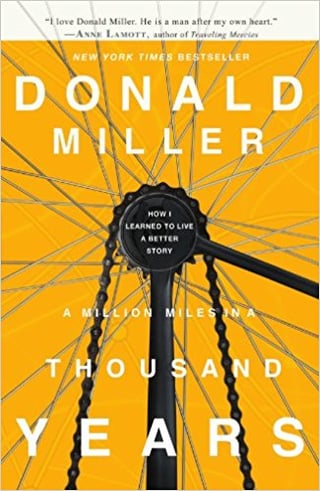 After writing a successful memoir, Donald Miller's life stalled. During what should have been the height of his success, he found himself unwilling to get out of bed, avoiding responsibility, even questioning the meaning of life. But when two movie producers proposed turning his memoir into a movie, he found himself launched into a new story filled with risk, possibility, beauty, and meaning.

A Million Miles in a Thousand Years chronicles Miller's rare opportunity to edit his life into a great story, to reinvent himself so nobody shrugs their shoulders when the credits roll. Through heart-wrenching honesty and hilarious self-inspection, Donald Miller takes readers through the life that emerges when it turns from boring reality into meaningful narrative.

Miller goes from sleeping all day to riding his bike across America, from living in romantic daydreams to fearful encounters with love, from wasting his money to founding a nonprofit with a passionate cause. Guided by a host of outlandish but very real characters, Miller shows us how to get a second chance at life the first time around. A Million Miles in a Thousand Years is a rare celebration of the beauty of life.

5. The Essence of Success - Nightingale 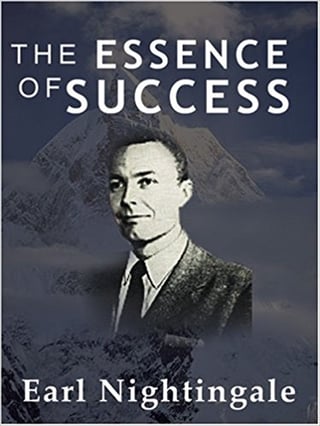 Discover the secrets to a great life as Earl Nightingale expounds upon the key concepts of "attitude", "enthusiasm", "service", and "gratitude." 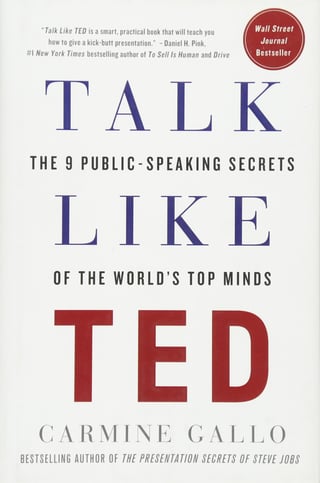 Ideas are the currency of the twenty-first century. In order to succeed, you need to be able to sell your ideas persuasively. This ability is the single greatest skill that will help you accomplish your dreams. TED Talks have redefined the elements of a successful presentation and become the gold standard for public speaking. TED―which stands for technology, entertainment, and design―brings together the world's leading thinkers. These are the presentations that set the world on fire, and the techniques that top TED speakers use will make any presentation more dynamic, fire up any team, and give anyone the confidence to overcome their fear of public speaking.

Public speaking coach and bestselling author Carmine Gallo has broken down hundreds of TED talks and interviewed the most popular TED presenters, as well as the top researchers in the fields of psychology, communications, and neuroscience to reveal the nine secrets of all successful TED presentations. Gallo's step-by-step method makes it possible for anyone to deliver a presentation that is engaging, persuasive, and memorable.

Many people have a fear of public speaking or are insecure about their ability to give a TED-worthy presentation. Carmine Gallo's top 10 Wall Street Journal Bestseller Talk Like TED will give them the tools to communicate the ideas that matter most to them, the skill to win over hearts and minds, and the confidence to deliver the talk of their lives. 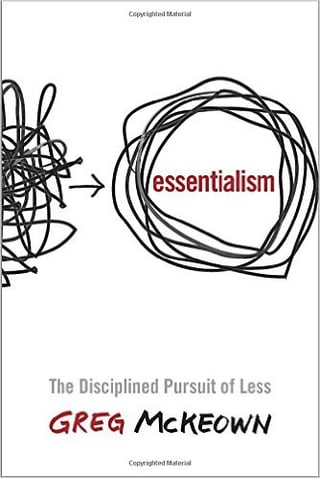 The Way of the Essentialist isn’t about getting more done in less time. It’s about getting only the right things done.  It is not  a time management strategy, or a productivity technique. It is a systematic discipline for discerning what is absolutely essential, then eliminating everything that is not, so we can make the highest possible contribution towards the things that really matter.

By forcing us to apply a more selective criteria for what is Essential, the disciplined pursuit of less empowers us to reclaim control of our own choices about where to spend our precious time and energy – instead of giving others the implicit permission to choose for us.

Essentialism is not one more thing – it’s a whole new way of doing everything. A must-read for any leader, manager, or individual who wants to do less, but better, and declutter and organize their own their lives, Essentialism is a movement whose time has come.

Have any books that have impacted your business or your life? Share them below in the comments.